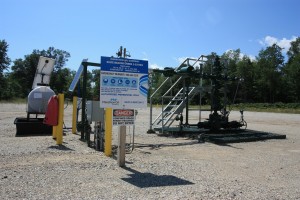 Not much was happening that day on the pad. But previously I had noticed an unusual feature on the plat accompanying the application for the new well, a half-mile away. It was labeled “State Beaver Creek D4-11″. The nomenclature is not typical for Michigan wells and no operator name was given. I thought it might be a processing facility of some kind. 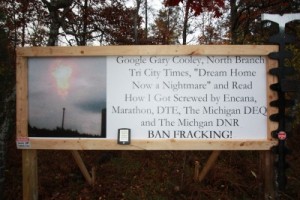