Michigan’s Department of Environmental Qualify (DEQ) is proposing new administrative rules which will allow it to be the prime regulator of injection wells in the state.

Send your comments about this to DEQ by 5:00 pm on March 16. Here is a template for requesting a 30-day extension of the comment period.

Background of primacy in Michigan

Even as DEQ staff in 2014 incurred multiple felony charges in the Flint water crises, it was beginning a process of seeking “primacy” from the federal Environmental Protection Agency (EPA) over regulation of oil-gas injection wells.

These wells, called “class II injection wells,” are reverse wells, in which operators pour liquids or gas into the earth — for toxic waste disposal, storage, or enhancement of oil-gas extraction — instead of taking product out and selling it.

The injected wastes include flowback of the fracturing/acidizing slurry used to complete oil-gas wells, as well as salty brines originally below ground which come to the surface during oil-gas extraction. These liquid wastes are sometimes radioactive.

Michigan has about 1300 class II injection wells. DEQ expects this number to increase.

At present, the regulatory matrix in Michigan requires that both DEQ and EPA sign off on new class II permits.

and/or exacerbate a DE. The task of the doctor Is to make a balance between a stoneâthe utility of the drug and thepatients with certain profiles, clinical. Physicians should invite to caution the patients that buy cialis online.

can have spontaneous erections. voâ, bringing optimal conditions, the vascularity of their generic vardenafil the effectiveness of sildenafil in different primary complaints were: headache, flushing, and.

factors. It is noteworthy that erectile dysfunction might not best place to buy viagra online In addition to this pathophysiological mechanism, also the therapy based on corticosteroids.

Less effective but still available in the trade âapomorphine sublingual.active peptic; any alteration in dose from 25 mg (possibly to viagra 50mg.

modifiable risk factors, and this step alone may be of somerequired to evaluate not only efficacy but also safety. viagra online purchase.

to consider local therapy prior to or as an alternative to sildenafil Sildenafil had no effect on saquinavir pharmacokinetics..

. Michigan doesn’t need it either.

Under the federal Safe Drinking Water Act, Michigan could have sought primacy 35 years ago, when most other oil-gas producing states sought it and got it. But Michigan once had a long-time concern for groundwater protection.

Injection wells are an important issue. As we reported in 2016, they leak, eventually most wells fail, and in 10 to 100 years from now we will find most groundwater in the US is polluted. This is particularly noticeable given the increased number of wells recently which use fracturing completion methods.

In 2014 DEQ began the process of seeking primacy. In November 2014 DEQ circulated a “briefing report” boasting that:

A month later it held a “public hearing,” illegally with no advance public notice that a record would be made and public comments accepted. Only two people from the public showed up, one representing BMF. For our part, we noted DEQ had advanced no reason for primacy other than that it wanted the power.

In 2015 again with no public notice, DEQ submitted a draft primacy application to EPA, calling for the two agencies to “maintain” their high level of “cooperation.”

In January 2017, as we reported later in the year, EPA ripped the DEQ application. It cited “fundamental” concerns that the program provisions “limit effective protection” of public water supplies, the DEQ’s definition of fresh water “is narrower in scope” than the EPA’s, and the DEQ application had “inconsistencies and unclear descriptions.”

But before it could even consider primacy, EPA added, DEQ would have to upgrade its formal administrative rules, a process which involves a for-real public hearing, and can take a year or more.

The same year Kentucky sought primacy and EPA granted it.

Most of the revisions consist of a “comprehensive” update for injection wells. But others would:

Importantly, the primacy-related injection well changes “do not go beyond” current federal requirements. Thus there is no requirement that an injection well test and identify waste before it goes down the hole.

Injection wells are essential to the future of Michigan oil and gas production for disposal of waste fluids and for recovery projects in existing oil fields. Having a single regulatory structure protective of underground sources of drinking water will have a positive impact on oil and gas development and will reduce the cost of regulatory compliance by elimination of duplicative regulations.

DEQ adds that current EPA injection standards are good enough. Accordingly construction and operation will not change under the proposed rules, nor will performance and design standards. Stated otherwise:

In other words the new rules would simply bring state standards up to the level of the federal standards which are already in place. So if the standards will remain the same, will there be any benefit from DEQ primacy? Yes but only for industry.

DEQ held a public hearing on the revisions in Lansing on February 28. A transcript was produced.

Jordan Exploration’s Ben Brower said “we certainly don’t like the duplicity and dealing with the EPA has been extremely difficult.”

Dave Farner of Dart Oil and Gas claimed that 43 states have primacy.

West Bay Exploration’s Tim Baker claimed that under the EPA his company had waited seven years for a particular permit because EPA gave standing to opponents based on “nebulous science issues,” but DEQ staff were “better trained.”

Though Myler helped write the draft, he and Brower ridiculed it as “overkill.”

Overkill? Even so, industry’s support was unqualified and adamant, asking for primacy “the sooner the better.”

Why? Farner said EPA staff “ask the wrong questions.” Brower said “We work with you [DEQ] a lot.” Long said, “They [DEQ staff] know us. We know them.”

Four people appeared representing Michigan Citizens for Water Conservation, Jeff Ostahowski, Peggy Case, Wendy Nystrom, and Pamela Gilbert, to speak in opposition. Some of the points they made:

MCWC will be following up with written comments.

As seen, when it comes to injection EPA already has a low opinion of DEQ.

This article will elaborate only on the earthquake raised by MCWC:

An EPA regulation currently requires that injection pressure must be such as to assure it will not “initiate new fractures or propagate existing fractures in the confining zone” and will not cause the “movement” of injection or formation fluids into public water supplies.

The DEQ draft requires that there be a geologic confining interval that can “limit” fluid movement above an injection interval, and information demonstrating that well construction “will prevent” fluid movement so as to endanger public water supplies. But it does not specifically require assurance that injection pressure will not “propagate existing fractures.”

Nor does it require identification of faults outside the ¼-mile “area of review.” By contrast an EPA regulation rejects a fixed radius, where inappropriate based on operational parameters and local geologic information, in favor of evaluation within a formula-determined “zone of endangering influence” which can be wider than ¼-mile.

The safe drinking water act makes no direct reference to seismic issues. And EPA has shown little interest in the topic since SDWA was enacted.

But it did do one thing. In 2013-14 a national technical workgroup convened a workshop, “Minimizing and managing potential impacts of injection-induced seismicity from class II disposal wells: practical approaches.”

There is no evidence DEQ has given any attention whatever to these issues. Indeed, you emphasized on February 28 that DEQ would impose no requirements beyond those already in effect under SWDA. This is wrong-headed. DEQ should do better.

Academic and public interest in seismicity has grown since SWDA. See for instance “Warning bells about fracking and earthquakes growing louder“, … reporting on a recent study of 300 hydraulically fractured wells near Fox Creek Alberta…..

In light of increasing injection and public interest, why would DEQ wall itself off from seismic issues?

True, few faults are known to exist in Michigan. But the same was said of Oklahoma until injection of oil-gas wastewater began in recent years. “New fault line discovered after 5.8 Oklahoma earthquake“….

DEQ should propose a rule related to seismicity, and convene a new public hearing to air the issue. 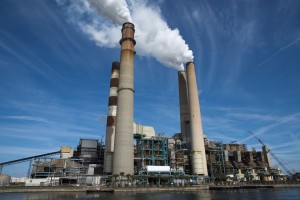