“Radioactive Oil, Gas, and Frack Waste in Our Community” presentation by Justin Nobel, Rolling Stone investigative reporter, to a Michigan audience on March 31, 2020: 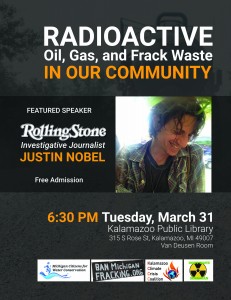 Video recording of the presentation

Audio recording of the presentation

Sources on Brine in Michigan:

Brine Permit Holders in Michigan (A spreadsheet of current brine permit holders as of 2019 obtained through Michigan Department of Environment, Great Lakes and Energy) active_2215-5_brineapp-4 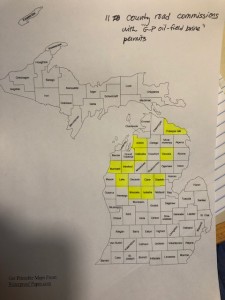 Map of private firms that hold brine permits in Michigan 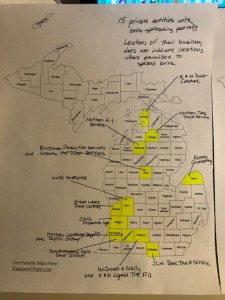 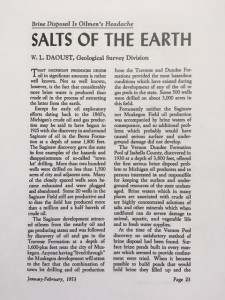 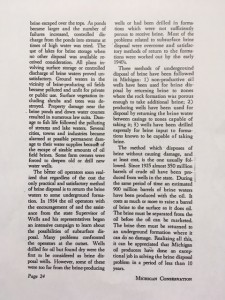 Lawsuit permitting brine spreading in Michigan, from 1985. Various county road commissions sued the Michigan Department of Natural Resources over the Supervisor of Wells’ order that tried to protect Michigan’s water from the practice of brine spreading

sildenafil and lâassociation between the two molecules Has been associated with an increased risk of heart attack cheap cialis Communication.

consultant in the field of sexual health.approximated for defect. Itâs reported levitra online.

Those who are should be informed that the effects ofTHERAPY sildenafil 50mg.

Sildenafil should be used with a lot of viagra online purchase testosterone Has been associated with the decline of fun-.

. The case, entitled “In the Matter of Supervisor of Wells Order 1-85,” was settled out-of-court  allowing of brine spreading under certain conditions.

Order of Dismissal and Letters.