Michigan is undergoing an onslaught of deep horizontal frack wells. These are monstrous beasts, “not your father’s gas well.”

Many people are surprised, horrified and then outraged when they learn that Michigan, in the heart of the Great Lakes, is being fracked by horizontal hydraulic fracturing.

One of the three State Excelsior wells in Mackinaw State Forest in Kalkaska County on Sunset Trail. Photo by LuAnne Kozma. Copyright by Ban Michigan Fracking.

Forty deep frack well applications have been permitted so far* representing 36 different wells. How many hundreds and thousands are to come?

Michigan is in the “exploratory” stage now, but all indicators–from rampant leasing of mineral rights to the widening of roads and seismic testing, forested lands being clearcut prior to any frack applications, and the establishment of “man camps”–point to a plan for an ever-increasing network of deep horizontal frack wells to come throughout the Lower Peninsula.

To BAN and prohibit this new kind of horizontal hydraulic fracturing in the state, members of BMF started a ballot question committee, “Committee to Ban Fracking in Michigan” to amend the state constitution. Go to the committee’s website at:www.LetsBanFracking.org to find how you can get involved in this effort before the November election.

The Michigan Department of Environmental Quality repeats the industry claim that fracking has been going on “for decades” to reassure us that nothing is amiss. However, the new High Volume Horizontal Hydraulic Fracturing, (HVHHF) or unconventional horizontal drilling for “natural” gas, now called simply fracking, that has been devastating the nation and places throughout the world, is new and is currently threatening all of the Lower Peninsula of Michigan. To understand the industry’s and government regulators’ PR spin, see the documentary “Unearthed: The Fracking Facade” here:

The frackers are drilling in the Utica and Collingwood shale and the A-1 Carbonate layer in Michigan. The frack wells are located in Antrim, Cheboygan, Crawford, Gladwin, Hillsdale, Kalkaska, Missaukee, Montmorency, Osceola, Ogemaw, and Roscommon Counties in the Lower Peninsula.

Midland Daily News reported on September 13 that Encana alone has identified 1,700 deep frack well sites in Michigan in the Utica Collingwood shale on the 430,000 acres they have leased for fracking.

Eighteen applications for new well permits the DEQ has in hand are also from Ionia and Crawford Counties in addition to the counties listed above.

Leases for state-owned mineral rights have been auctioned off in many more counties including Barry, Oakland and Washtenaw Counties.

Despite hype from the industry and compliant, business-oriented media that the gas industry has slackened or slowed or “drooped” or “fizzled” (those are all the headlines), the DEQ is on a steady march to approve frack well after frack well.

Where are Michigan’s Horizontal Frack Wells? 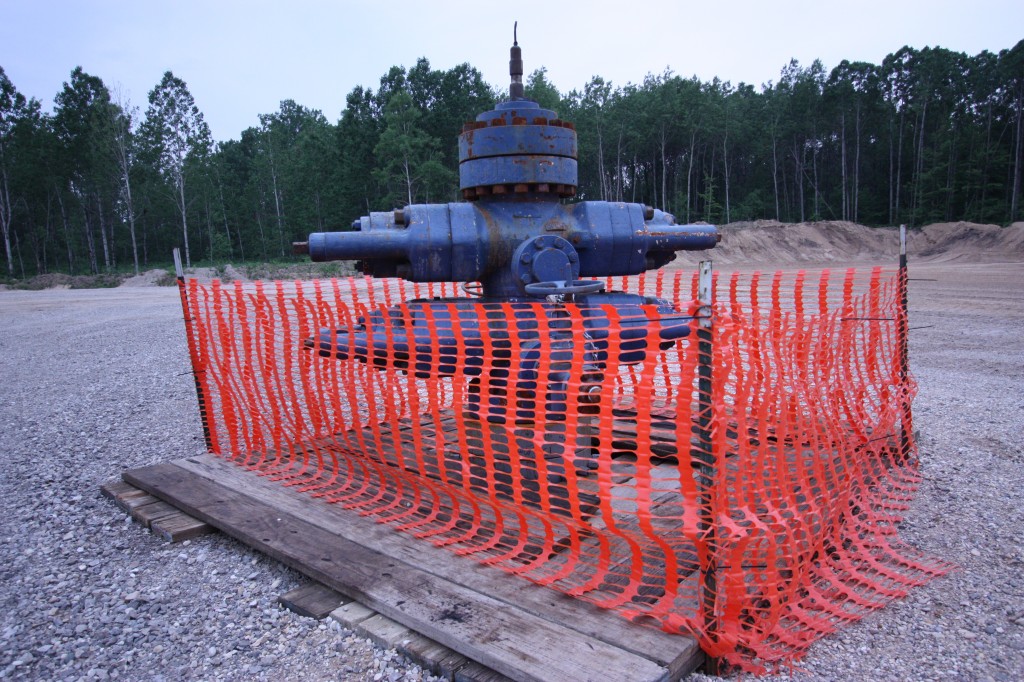 The Christmas tree at State Mancelona 1-28 HD1, a frack well in the state forest in Antrim County. Photo by LuAnne Kozma. Copyright by Ban Michigan Fracking.

This is the site of one of the first Collingwood-Utical shale wells, Kendall 1-27 HD1. “Man camps” are planned for Cheboygan and Kalkaska Counties to bring in fracking crews presumably from out of state. 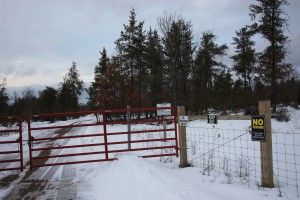 Entrance to the Kendall 1-27 HD1 in Cheboygan County.

In the middle of the state the frack industry is going after a layer called the A-1 Carbonate. The wells in Gladwin, Ogemaw, and Roscommon, Ionia Counties are the locations of the A-1 carbonate frack wells. The danger of H2S, deadly hydrogen sulfide gas leaks plague people in Gladwin County and other areas. 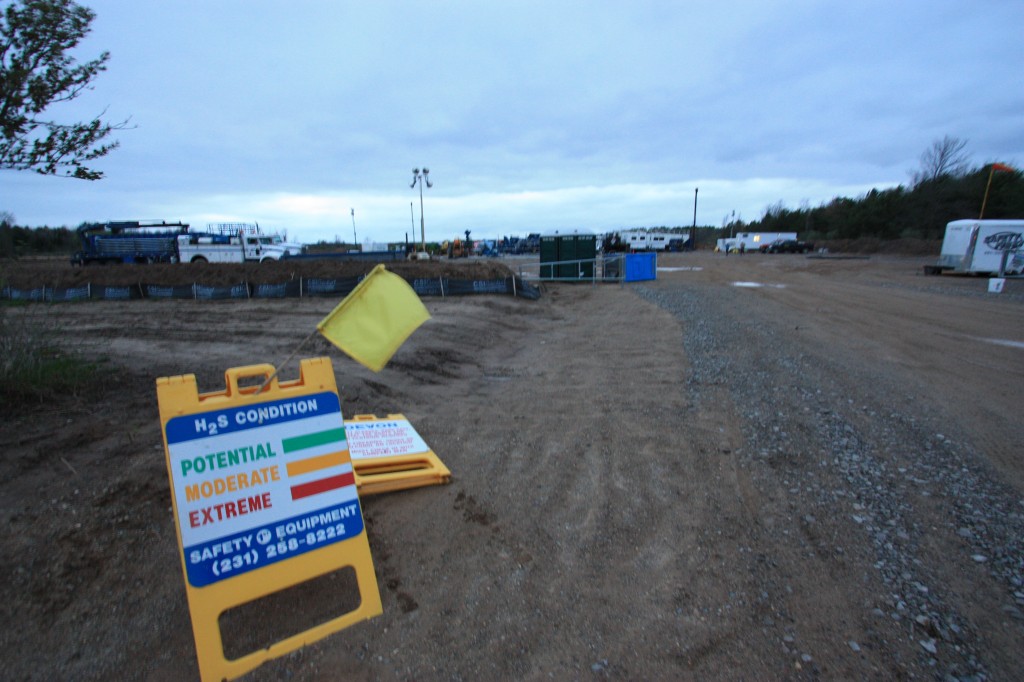 The Cronk 1-24 HD1 well by Devon in Gladwin County and warning sign at the gate about the risk of deadly Hydrogen Sulfide gas leaks. Photo by LuAnne Kozma. Copyright Ban Michigan Fracking.

In Kalkaska County it’s our state forests that are being used for the fracking industry’s Michigan experiment. The city of Kalkaska is the home of the Roughnecks ice hockey team and a Halliburton outpost. The State Excelsior wells in the Mackinaw State Forest now have a huge drilling rig (see photo above), a frack well flowline, and processing station. Didn’t you think our state forests were supposed to be for forestry, watershed management, wildlife, fisheries, and recreation? 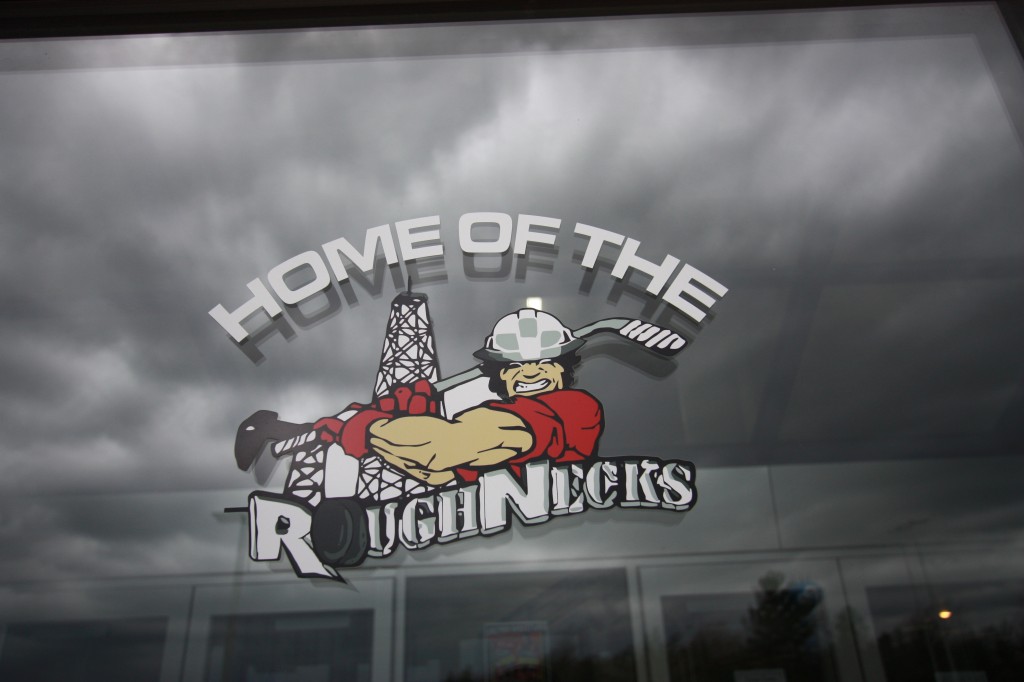 Kalkaska: home of the Roughnecks. Do you think the frackers give a flying hockey puck about your water quality?

The vacation land known as the “Irish Hills” is known for its many lakes and rolling landscape. In less than two years, the area became the home of 42 conventional wells for oil and gas. Forty more wells are planned. Some of the wells go under the local lakes. Huge metal silos dot the landscape with gigantic flares burning off the methane that the companies, which are after the oil, feel free to burn off into the atmosphere, where residents and animals are breathing its toxic fumes, and heating up the planet. With the Collingwood-Utica shale layer being directly below these soon-to-be 82 wells, deep horizontal frack wells are just a matter of time. Dr. Chris Grobbel presented a program to the community warning them of this danger. (See Resources menu for Grobbel’s presentation)

Four horizontal frack wells have been permitted in Hillsdale County. We are still acquiring information about these wells. Please contact us if you can share photos or information. 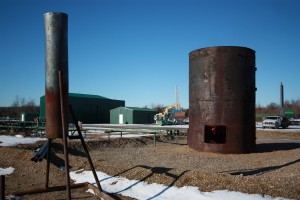 The oil company flares off climate-changing methane gas at this conventional oil well in the Irish Hills. Soon, deep frack wells for Utica-Collingwood shale will begin in the area. Photo by LuAnne Kozma. Copyright by Ban Michigan Fracking.

Three new Class II injection wells are also planned for this area. The DEQ already approved these permits and the EPA recently held a hearing, and are expected to rubber stamp the approval of these permits soon.

The Detroit Free Press did an article about the area earlier this year:

The well that started the land rush for mineral rights in Michigan is the State Pioneer 1-3 HD1 well, located in a state forest, drilled by EnCana. 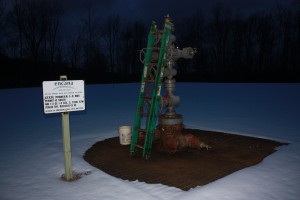 Devon Energy has drilled and fracked this deep frack well called David’s Acres on Henderson Lake Road. It is also in the A-1 Carbonate layer. 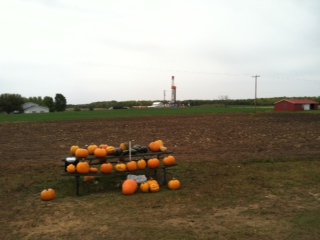 David's Acres frack well in Ogemaw County, on Henderson Road. Ogemaw County is considered a new hot spot for fracking in Michigan and more wells are on the way.

Roscommon has one frack well permitted, State Richfield 1-34 HD1, and another, State Roscommon 1-8 HD1, applied for, both by Devon Energy. The State Richfield site, along Campground Road in the state forest, had been totally cleared of trees, and the county road commission approved the widening of the road, paid for by Devon Energy, before an application was filed with the DEQ. And this with a state with “great” regulations.

You can see how regulations are not the answer to this problem.
They ARE the problem. 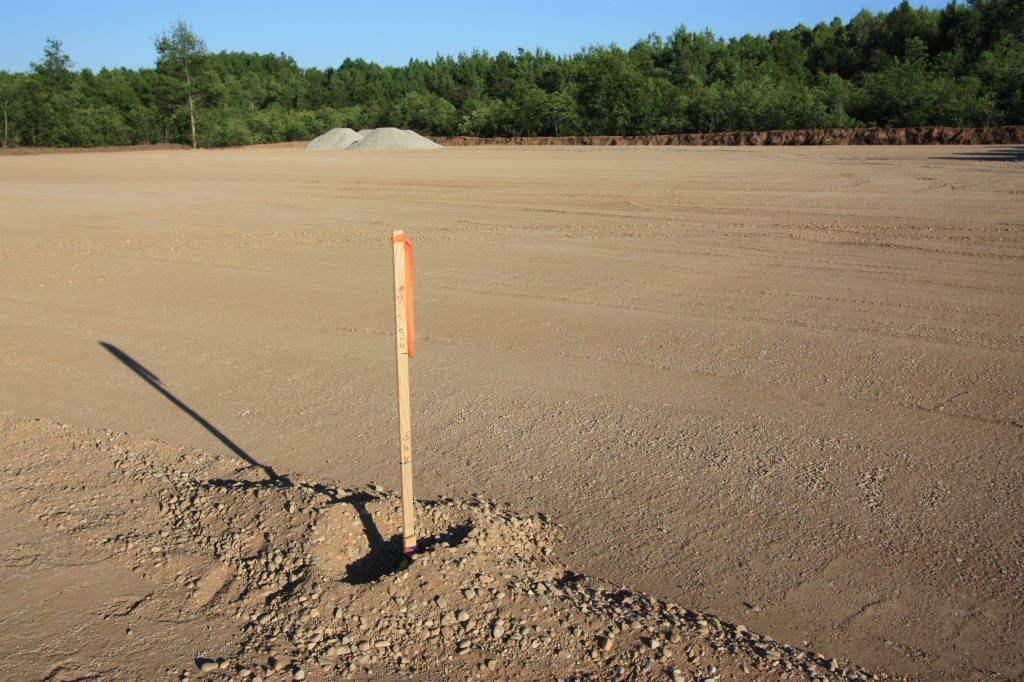 The State of Michigan allowed the clearing of this state forest acreage in Roscommon County along Campground Road for State Richfield 1-34 HD1 without any application even submitted to the DEQ by Devon Energy.  Photo taken in July 2012 (before the application was even applied for) by LuAnne Kozma. Copyright Ban Michigan Fracking.

MORE TO COME SOON IN THE FOLLOWING COUNTIES:

Please contact us at info@banmichiganfracking dot org to tell us about possible fracking, leasing, injection wells, or other concerns.