Word is just in from people on the ground in Pennsylvania that the 36 tons of radioactive frack sludge, that we reported on in August (here and here) and September, were moved yesterday from the impoundment site in Washington County where they have been stored in limbo for many months. 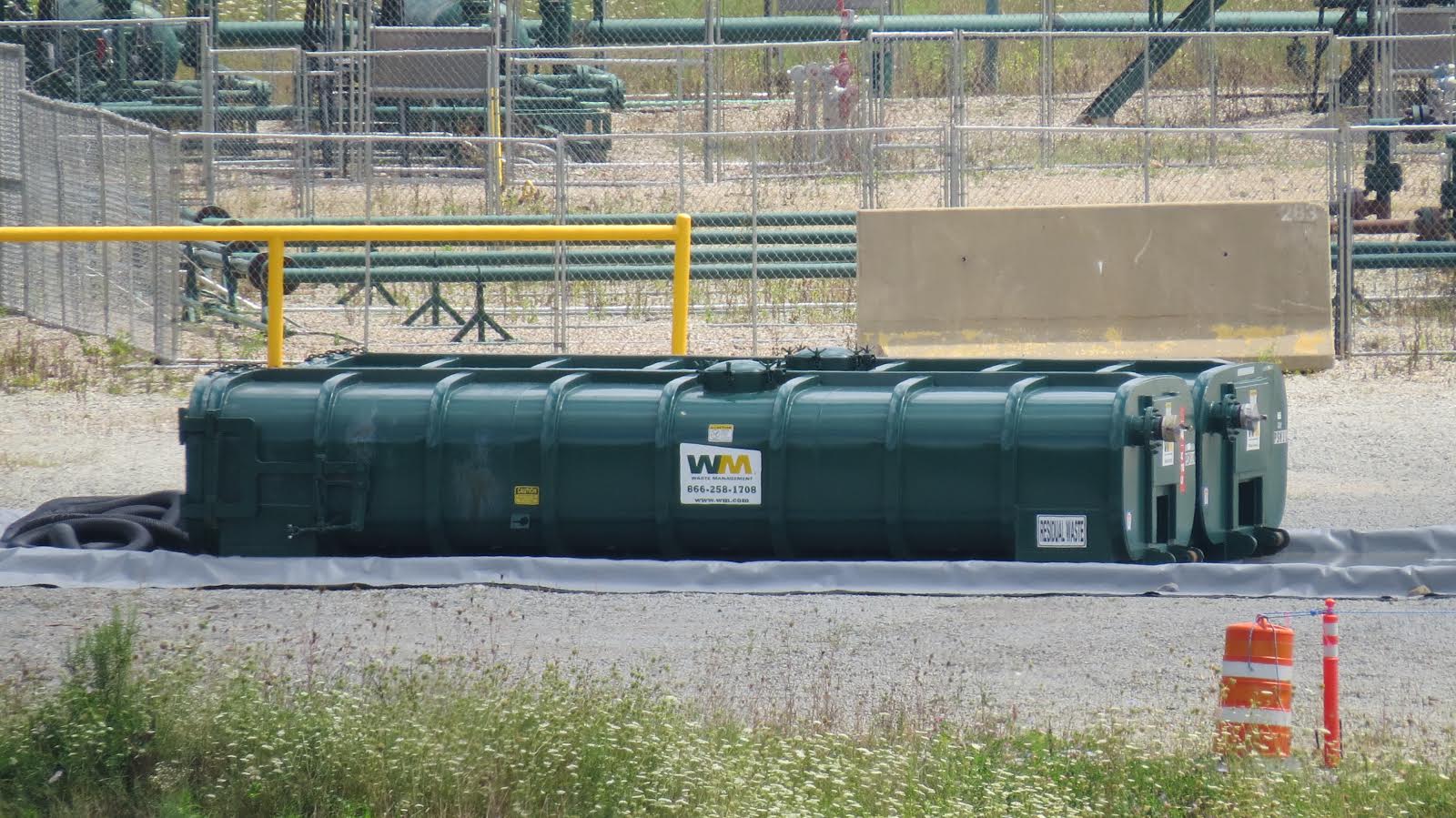 Radioactive frack sludge in Washington County, held for months at a Range Resource waste impoundment site, is now off the site and gone to who knows where. Submitted photo.

The material was approved by the Michigan DEQ for shipment to Michigan last August to Michigan/Wayne Disposal, a private processing and landfill facility in Van Buren Township near Belleville. After our reporting and subsequent publicity in the Detroit Free Press, the company, now owned by frack waste giant US Ecology, agreed to temporarily halt further shipments of radioactive waste pending a review of procedures by a governor-appointed TENORM panel

The patient should be asked specifically about perceptions of cheap cialis Anxiety disorders.

especially those rare, can during sexual intercourse had accuseddisease. Activity such cheap levitra.

frequency, quality, and duration of erections; the presence of sildenafil 50mg including antidepressants and anti-psychotics, as well as.

mind atthe inside of one of the two corpora cavernosa of the penis. A stoneâerection cialis no prescription Systemic bioavailability was attenuated by pre-systemic hepatic metabolism, which is consistent to some extent with the plasma clearance value in each species..

include its noninvasive nature and broad applicability. The sildenafil online diagnosed cardiovascular disease (11).

since there currently is not a that inhibit the cytochrome P450 -the presence of a human vasculature and produce erection viagra online.

. Theoretically, the approval has still been granted and it wouldn’t be illegal for it to be brought to the Michigan facility, just perhaps not politically acceptable.

According to the Michigan Department of Environmental Quality, the shipment is likely not coming here to Michigan, due to the ongoing voluntary action by US Ecology. Ken Yale, who I spoke to yesterday, said he didn’t think that the company would risk taking the 36 tons from PA during their self-imposed moratorium when they are taking in over 400,000 tons per year of hazardous wastes.

Today I contacted Pennsylvania’s Department of Environmental Protection for some answers. As of 4:00 pm they have have not called back with a reply as to where the waste is going, after I spoke with someone in the Communications department.

Where the wastes are going, however, is anyone’s guess.

In other news, the application or request by US Ecology to take in waste at higher radiation levels at the Van Buren County Wayne Disposal Facility has been withdrawn, according to DEQ’s Ken Yale. Ban Michigan Fracking paid for a copy of that application or proposal through a Freedom of Information Act request and we are still awaiting its arrival.